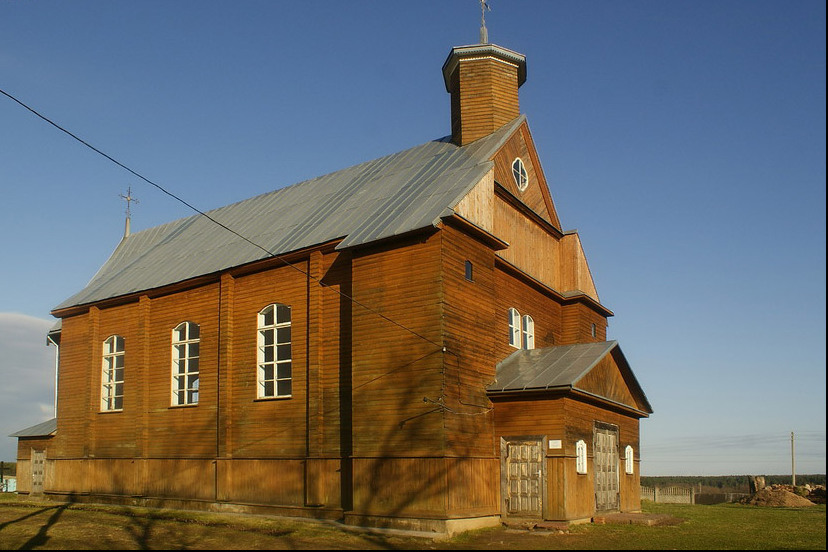 Monument of sacral architecture of Ostrovets district. In 1671, at the expense of the Vilna Chapter, a wooden Church was founded here, and in 1690, a wooden monastery of missionaries was built there. According to the architectural and artistic characteristics, the existing Church was built at the end of the XVIII century, and at the beginning of the XX century it was reconstructed. The main volume on the sides of the main facade is flanked by quadrangular towers. The end of the roof is closed by a triangular pediment, which is loosened above the towers. The low entrance porch is also covered with a gable roof with a triangular pediment, the slopes of which correspond to the main pediment. Entrance doors are decorated with a special decorative casing. The walls are sheathed horizontally with a vertical basement panel and reinforced with vertical ties. The Windows have segmental conclusion. The ceiling is flat on the planks. Organ choirs are placed above the narthex. All these details have features of Baroque classicism, and indicate an earlier date of construction of the Great Sviransky Church than the 2nd half of the XIX century. in 1910, a two-tiered chetverikovaya bell tower was built near the Church, covered with a hipped roof. The blind lower tier is made up of rubble stones, the upper tier is built of brick and is cut from each side by two high semicircular openings.