Church of the Holy Trinity 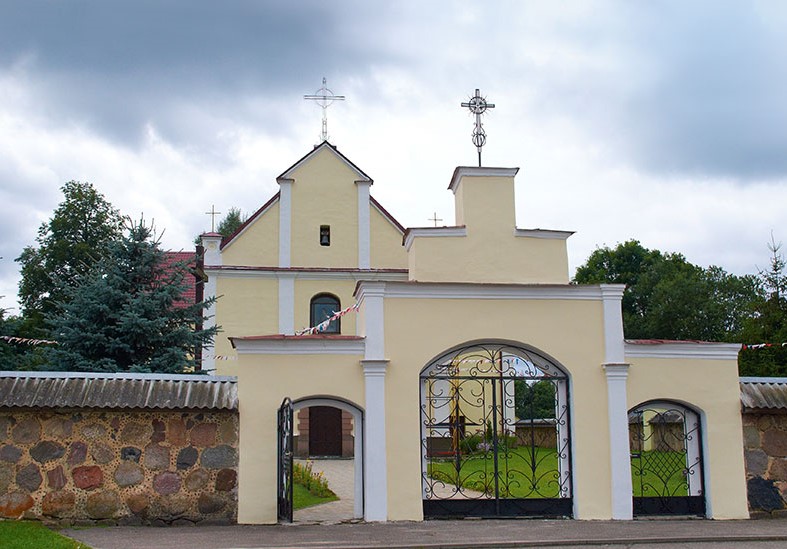 The Catholic Trinity Church, which at one time belonged to the Calvinists, is a real treasure of the Grodno region. A unique Church, where the interior of the temple is decorated with the current organ, which appeared here in 1727.
The history of the Catholic Church in the town of Zhodishki begins in 1553, when there was first erected a wooden Catholic Church. After some time, it was subjected to natural wear and tear, and therefore in its place 60 years later, namely in 1612, a new stone temple was built. When Calvinists settled in the settlement, and the Church passed into their possession. It was not until 1820 that it was returned to the Catholics.
The style of construction is Renaissance. The Church was never closed, it held mass even in difficult military and Soviet times. During the First world war, the Trinity Church lost its bell tower, which was never restored.