Church of the Ascension of the Holy Cross 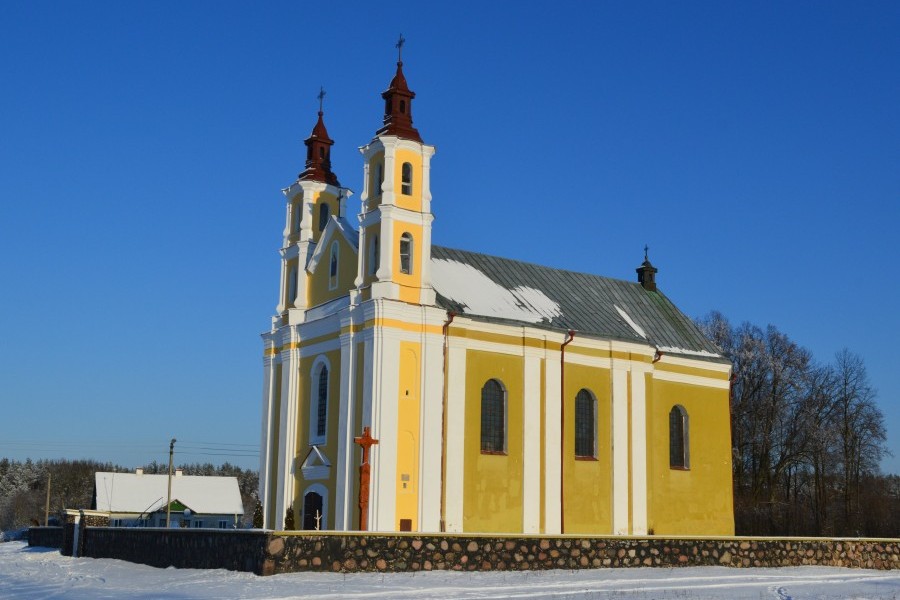 Monument of early Baroque architecture. Built in the middle of the XVI century by order of the Polish king Sigismund I. in 1760, it was rebuilt in the Rococo style.

One-nave, two-tower with a five-sided apse (the sacristy is attached on the North side). The stone temple has a symmetrical-axial elongated composition. The silhouette of the building is dominated by two four-tiered towers of the main facade, light and trickle in architectural interpretation (groups of pilasters, through the arch of towers, high niches). The towers are United by a triangular shield, behind which gable roofs are hidden. The side facades are symmetrically divided by pairs of arched Windows and thin double vanes in the piers, surrounded by a profiled entablature. The hall of the Church is covered with a cylindrical vault on spring arches, and the sacristy is cylindrical with a decking. The vaults are decorated with an ornamental pattern of the XIX century. The decorative accent of the interior is the main altar, unfolded along the sides of the apse and divided by entablatures into two tiers. Two smaller backstage altars were made in the same Baroque-rock style.