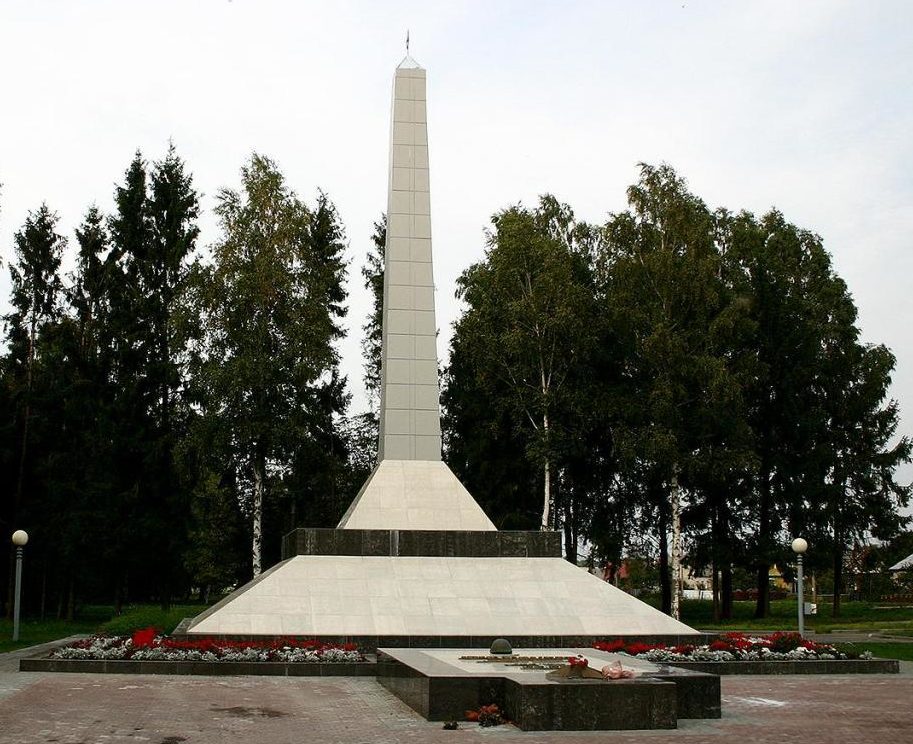 Buried 14 soldiers who died in June 1941. in battles against the Nazi invaders. In 1967 an obelisk is set. Near the base of the obelisk there are 6 plates in honor of the memory of 1,080 compatriots who died on the fronts of the Great Patriotic War and in the partisan struggle against enemies, as well as 7,916 civilians of the Dyatlovsky district who were killed during the Second World War.