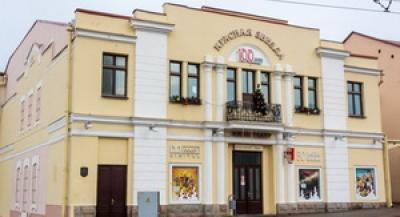 The  first cinema built in Grodno by the retired staff captain of the Imperial Army Sergei Monastyrsky. Despite the  fact that World War I broke out soon after construction began on the  cinema, the  building was completed by August 1915. in September 1944 it became known as the "Red Star". In recent years the cinema has been significantly renovated.